What is 'home? We drove 'home' to Mexico this week, but we also spent time in our Boise 'home' and our Gig Harbor 'home' over the past two months. When the quarantine hit, we decided to leave Noeta and head to the U.S. after reports that the airlines were cancelling flights and the border was closing. We stayed in a hotel for two months in Boise and feel very fortunate that we were able to do that. Without a galley, I bought an Instant Pot to cook with, but without a pantry and normal fridge, our cooking options were still limited. We mostly got delivery, went on walks, and hung out in our new hotel 'home'. The silver lining was being able to spend time with family.
Pat continued to work throughout lockdown, coming 'home' with stories from around the country of how each state was handling things differently. He got into the habit, upon landing, of asking "what are the rules here?" Initially, he was flying just a handful of people, but that has now grown to flights being as full as they can be with distancing rules in effect. He has seen some extensive protective measures, but, whatever it takes to make people comfortable...
Like everyone else during quarantine, we missed birthdays, graduations and other scheduled events. But we also missed our Mexico home very much. It's hard to live out of a suitcase for months, but even harder to not be able to be 'home'.
So, as states began to open up, we began planning our trip home. The land border was still open only to 'essential travel' and we are not yet residents of Mexico (but working on it). So we gathered a binder of paperwork to explain why we are essential. We had a letter from our Mexico marina with a copy of our contract, stating that we were residents at the marina. We had scheduled a doctor's appointment and got a letter from the doctor, explaining that we needed to be in Mexico for it. We had our TIP (a permit for our boat to be in Mexico) and I was prepared to beg.
THE DRIVE SOUTH
Jack and I drove from Boise to Las Vegas, with a car loaded to the roof. We explored and had dinner on the mostly empty Vegas Strip.
The next day we drove to Phoenix where we picked up Pat. He had driven a rental car to Phoenix because flying would have taken him all day. Then we stayed the night in Tucson.
The next morning, we woke up early to get to the Nogales Mariposa border. We knew it opened either at 6:00 or 8:00 because government websites were clear as mud. We showed up at 7:30 in time to get in line for what turned out to be an 8:00 opening. Right at 8:00, cars started moving. I was super nervous that they might turn us back. Once we crossed onto Mexican soil it was a few miles before we actually arrived at customs. A nice agent asked where we bought the car and where it was made (Mexican made and bought). He had me open the back of the car as he looked at the car's registration card. He glanced in the back and said "Welcome to Mexico" and sent us on our way. That was it!?! I put the binder away.

The next morning, we were up at 5:00 am for a long 12 hour drive to the boat.
All together, over the two days of Mexico driving, we paid MX$1243 which comes to about $56.00 US. The drive north, 2 months earlier, cost MX$1196 - a difference of MX$47 (just over $2.00 US). So while it seems like a ton of stops and tolls, we probably would have paid the same in tolls driving around California or Washington for a few days.
HEALTH PRECAUTIONS
The health practices have been a little different everywhere we stopped. But here in Nayarit state where many hotels and beaches opened on Monday, people wear masks inside and out. Going into stores masks are mandatory. On our dock they are mandatory. They are a necessity in the resorts. You wear them into a restaurant and can take them off as you sit. On the beach you wear them until you sit. When we arrived at the marina, the first thing the guard did was take our temperature. At many stores they take our temperature upon entering. Stores have a person stationed out front to give you hand sanitizer as you enter (the kind they use is really sticky - I've put some in my purse that I'm hoping they let me use as I enter). Tables are blocked off and seats are spread out to enforce distancing. They even have wet disinfectant shoe washing mats that you do a little dance on, then onto the drying pad, then you can enter.  Pat says he remembers seeing these in Mexico during a Swine Flu epidemic, but we haven't seen them anywhere else in our travels. What I have noticed, is that Mexico is taking preventative measures seriously and we haven't heard anyone complain about them. They are doing what they need to do to open up.

It feels great to be back in our Mexican 'home'. We have already met up with friends for estuary dinghy cruises and have planned the weekly potlucks. I'll be teaching Spanish to cruisers a few times a week, working with the La Cruz Food Pantry and swimming. Jack is finishing up his Sophomore year classes, starting some Junior year classes and staying connected with friends online. Hailey stayed in Boise to work and enjoy some much needed freedom. We will fly up to take her to college in the Fall. Pat has a zillion boat projects that will keep him busy most of the summer and will probably enjoy a cocktail or two.
We hope that you are healthy and happy in these strange times. Drop us a note and let us know how you're doing!
Alexa, Pat, Jack, Hailey and Gilligan The Fat Boat Cat (Gilligan's book is coming soon to Amazon! He's on Instagram too - #gilliganthefatboatcat)
Read more about our adventures on www.mvnoeta.com
Labels: Written by Alexa 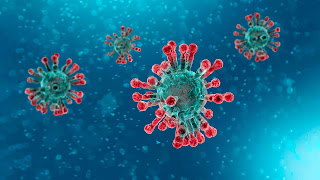 We Got the 'Rona