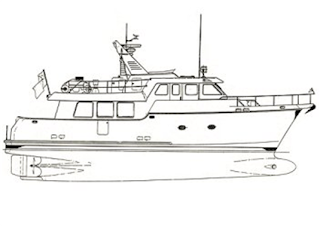 We sold our first Nordhavn (N4637) in San Francisco and purchased our second (N5020) in Barrington, Rhode Island in October 2018. We found we needed a little more space when traveling with 2 tall teenagers and a fat cat. Our new Noeta is a 2002 50 foot Nordhavn, hull 20 (Twentieth 50 footer they built out of 26). Previously she was named Continuous and was the showboat on the Nordhavn 50 brochure. We are her fourth owner (we think).

She has a Lugger 6108 a2 connected to a twin disc transmission. We have Northern Lights generator and a Yanmar wing engine. We carry 1350 gallons of fuel with 2 main and 2 auxiliary tanks. We have awatermaker, solar panels and ABT-Trac stabilizers. We use 2.5-4.5 gallons of diesel/hr depending on wind and seas cruising around 8 knots. 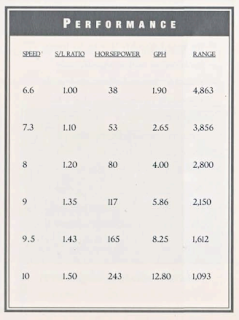 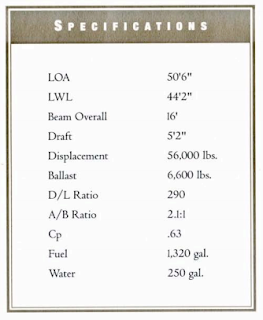 She has a bulbous bow which increases efficiency by reducing the bow wave friction. It also reduces pitch motion when out at sea. Different than the 46 Nordhavn, she has a modified full displacement hull, meaning she is wider in the back for more living space and more stability. This design also reduces pitching and extends upper cruising speeds.

A few details about our previous home/transportation/rec room. Noeta is a 1994 46 foot Nordhavn. It is hull 37 (meaning the 37th that they made) out of 81.  She was the only Nordhavn ever sent out of the shop with a black hull, according to Dan Streech (since painted over) and has cruised between the US and Mexico a number of times. Previously, she was named Discovery and Ocean. We are her fifth owners. One of her previous owners blogged about their adventures aboard, so it's nice to be able to read some of her history. Check out their blog HERE.


She has a Deere 6068 connected to a Twin Disc transmission.  We have a 8K Westerbeke generator and a Yanmar 3GM wing engine (sometimes called a 'get-home' engine).  We carry 1000 gallons of fuel and have a range that can easily go from Seattle to Hawaii.  Along with all of that running gear, we have a 400 gallon per day water maker, solar panels that feed an 1800 amp/hr battery bank and good old fashioned paravanes for stabilization. We use just 2-2.5 gallons of diesel/hr. There is no other production trawler in the world that has gone around the world more than the Nordhavn 46.  We are an off shore machine! 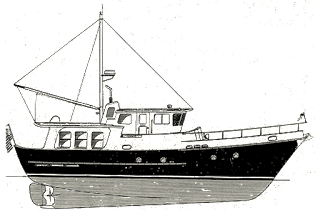 Here are some specs about her: