As I walked to the car with Hailey, Jack and my mom, I heard a faint meowing. I called Gilligan's name a few times and the meow became more insistent. I followed the cries and was led to a finger of the dock where I could hear him directly under me. Somehow Gilligan had gotten wedged under the boards, yet above the styrofoam float. I tried once to pull him out, but his head had to go underwater in order for that to happen and he bolted deeper into the recesses of the dock. About that time, our boat neighbor Jim joined us. We decided the deck boards had to come off. I ran to grab Pat's electric drill and Jim began removing screws. The first board removed didn't give us access to the cat, but the 2nd one did. I was able to pull a soaking wet Gilligan out by his scruff. He must have fallen in and somehow climbed up the styrofoam.

It didn't make him any happier that we had to give him a bath to get all the stink of salt, dead fish and algae off of him. We knew he would fall in at some point - I think all cats do, and he recovered nicely. Let's see how he does next time! ~ Alexa 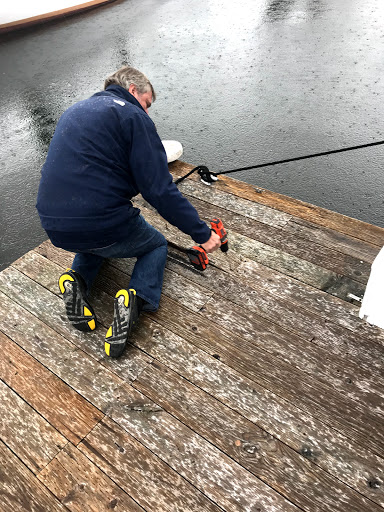 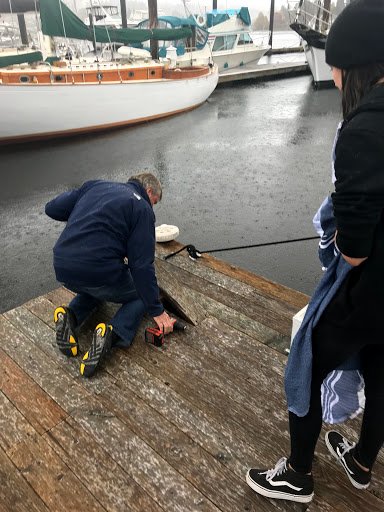 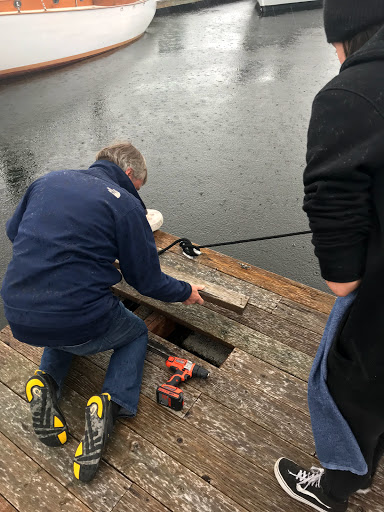 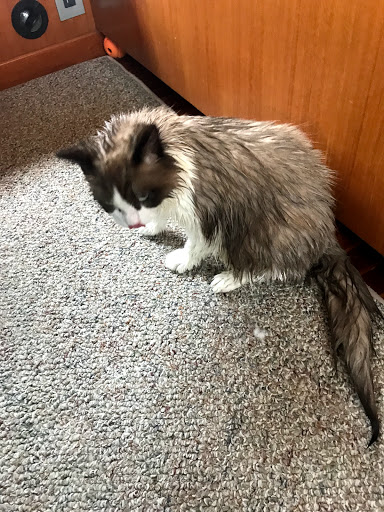