After years of teaching my students about Independence day (el Día de Independencia), having fiestas on September 16th, and explaining what 'el Grito' is, I FINALLY got to experience the holiday in Mexico with locals! Viva Mexico! 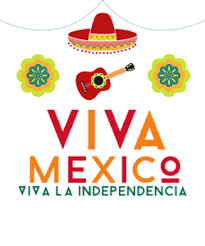 September 16 is one of Mexico's most important holidays. It is considered Independence day not because Mexico gained its independence from Spain on September 16th, 1810, but to celebrate the day Miguel Hidalgo is believed to have made his cry of independence, called El Grito de la Independencia. This was a motivating speech that priest Father Hidalgo gave in the town of Dolores, in the state of Guanajuato (in north-central Mexico). It was actually on September 15th, 1810, that Hidalgo, one of the nation's leaders during the War of Independence, gave a speech known as the cry of Dolores (el Grito de Dolores).


In this speech, Hidalgo motivated the common people to revolt against the oppressive Spanish regime. Within hours, Hidalgo had an army: a large, unruly, poorly armed - but resolute mob. Hidalgo did not win the battle, but after his capture and death in 1811, many other leaders took his place and the Mexican people continued to revolt and fight. They fought for 10 more years until, in 1821 they reached an agreement with turncoat royal officer Agustín de Iturbide which allowed for Mexico’s freedom in September of that year.

So, el Día de Independencia is considered the day that Mexicans stood up and revolted, moving towards freedom from Spain. Every year, local mayors and politicians re-enact the famous Grito de Dolores. In Mexico City, thousands congregate in the Zócalo, or main square, on the night of the 15th to hear the President ring the same bell that Hidalgo did and recite the Grito de Dolores. The crowd roars, cheers and chants, and fireworks light up the sky. Common shouts are "Viva Mexico" and "Viva la Independencia". On the 16th, every city and town all over Mexico celebrates with parades, dances, and other festivals.

I was fortunate enough to spend Independence day with cruiser friends. Our boats are currently in Nuevo Vallarta, Nayarit for hurricane season. We attended a fiesta of over 500 people, mostly locals, where there were games, prizes, tons of food and drinks, shows, live music and dancing. Finally, at 11:00 (midnight in Mexico City), the dance floor cleared and a huge screen projected the scene in Mexico City. It showed the plaza, where tens of thousands of people had gathered to watch the president emerge from the capitol building and give the same speech Hidalgo gave on September 15th, 1810. With each shout (grito), he honored and celebrated different leaders and Mexican virtures while the crowd shouted back 'Viva Mexico!'. At the end, his last shout was 'Viva Mexico y viva la independencia!' and the crowd shouted it back and went wild. The closest thing I can equate the holiday to, is a New Year's Eve with a side of 4th of July. It was a pretty spectacular event to be a part of. 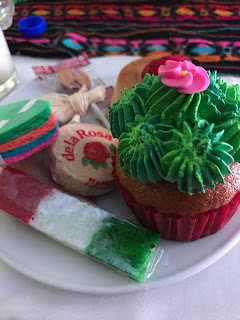 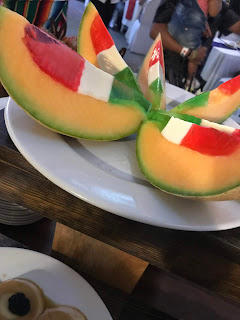 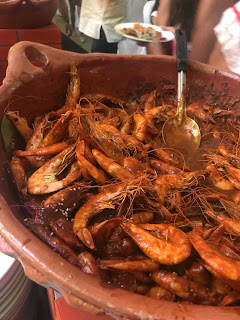 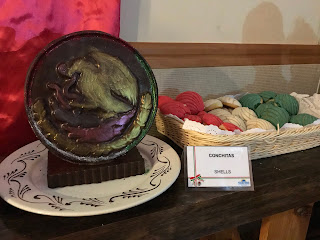 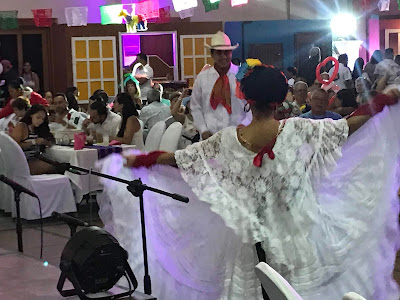 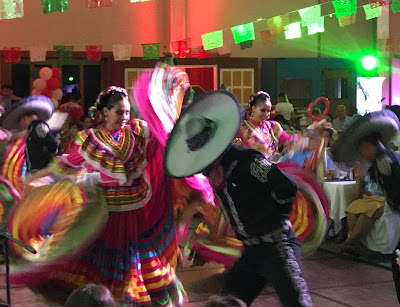 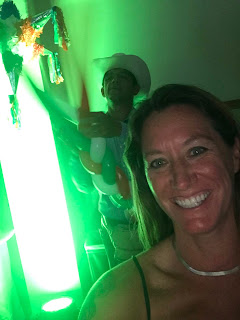 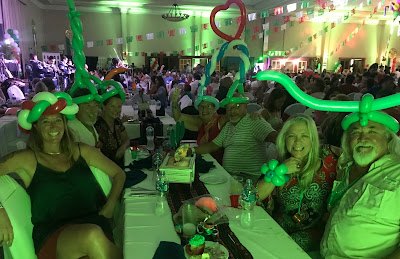 Next major celebration I get to experience... Día de los Muertos!