Boatless in Boise
We made it to Boise after 45 hours (divided into 5 days) and 4,184 kilometers (2,600 miles)! We left Puerto Vallarta with Al and Darci, a Canadian couple we had met on a 'Driving in Mexico' Facebook Group. We were making the same drive through Mexico and into the states, so we decided to caravan it. I am VERY glad we did for our first long Mexico drive. Al and Darci had done the drive before, so we followed them and their two sweet dogs. They knew how the toll booths worked, where the bathrooms were, and hit all of the speed bumps (topes) first.

Originally we were going to drive PV to Mazatlan, stay the night, then drive to Guaymas for the night and then across the Mexico border at Nogales and head into Tucson and beyond from there. However, the night before we were to leave, the state of Sinaloa closed all of its hotels, leaving us without a place to stop in Mazatlan. So we decided to make the first day a long 11 hour day and get through Sinaloa state to the town of Novajoa, in Sonora state.

Toll Booths
Day 1 (Nuevo Vallarta, Nayarit to Novajoa, Sonora) we drove on the CUOTA (Toll Road) and passed through 15 toll booths. Of the 15, only one of them was run by official government employees. The rest had been replaced by locals, each supporting a cause and charging anywhere from spare change up to 100 pesos (@$5 USD). The locals had flyers and posters up at some check points, informing travelers what their cause was. Some were for education reform, others protesting high gas prices. Ironically, many of the collections were protesting the toll booths themselves. Apparently the government put them up all over the highways without any input and it has made it very expensive for locals to travel around. At many booths, there were local law enforcement near by, so the takeovers are, at some level, allowed. On the first day, we spent MX 675 pesos (@$33 USD) at toll booths. At every stop, the people were kind, told us to have a nice day and most were wearing protective gear to avoid spreading infection. We didn't mind paying, and the requested fee was always lower than what would have been collected by government officials.


Day 2 was another 10 toll booths for a total of MX 521 pesos (@$26 USD). Again most of these were locals who had taken over the booth, however one of these was simply at a speed bump, but we still dropped spare change in the bucket.

We could have saved money by traveling on the LIBRE  (Free Road). Free roads are less well maintained, single-lanes each way that take longer to travel across. It’s recommended that people don’t take the free roads after dark.

We also drove on a couple of LIBRAMIENTOS (BYPASSES). Sometimes, major free roads that connect big towns and cities will give drivers an option to take the "Libramiento" route. We did this outside of Mazatlan. It was like a toll road which, for a fee, enabled us to by-pass Mazatlan, saving us time, and perhaps the hassle of getting lost. 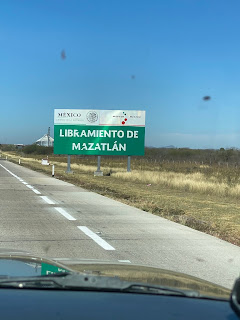 On Day 2, after about a 6 hour drive from Novajoa, we came to the Nogales, Mariposa border. We were shocked to realize that we had already exited Mexico and passed a 'Wall'.


At this point, we waited in line for about 10 minutes to talk with a US Border Agent. He asked where we came from (PV), why we had a Mexican Plated car (to drive in Mexico), and if we planned on importing it to the US (nope). He asked how long we'd been in Mexico and to see our passports. After he returned out passports, he informed us we needed to do a quick agricultural inspection because we had travelled so far and directed us to a parking stall. He was very nice and efficient, but didn't ask us anything about our health or if we'd come in contact with anyone who had been infected with Covid-19.

Upon reaching the inspection spot, the agent asked us about fruits, vegetables, seeds and livestock. We showed her Gilligan the fat Boat Cat, but she wasn't concerned about him. She asked us to get out of the car so they could inspect, and to hold onto the cat, because there were working dogs in the area. They looked in a couple of our bags that had food, but there was nothing that we couldn't take into the US. She asked why we were returning and mentioned that it would have probably been better to stay in Mexico. We told her that we had wanted to, but work didn't allow it. After a few minutes, she let us go and we were suddenly in Arizona, where speed limit signs were in miles per hour, the radio stations became abundant and we had unlimited phone data again.

The rest of our trip was pretty normal US driving. We stayed the night in Phoenix, then went to LA the following day to drop Pat off at work. We then drove up to San Francisco to relax with our daughter Mikayla, then did the drive to Boise from there. I am pretty sure we passed through every ecosystem during our travels. From hot desert to freezing mountains.

Road tripping in the time of a pandemic, meant we sanitized each time we got into and left the car, we avoided people, we ate all meals in the car and wiped hotel rooms down when we got there. It also meant traffic was non existent, there were LOTS of to go food options and restrooms were extra clean along the route.

At no point during our entire drive did we feel unsafe or threatened (except at one point when I was outside of San Francisco, CA in the dark of the morning refueling - Pat was working- and a couple of guys pulled up right next to us with rap music blaring and just sat there with their car running. In the end, it was nothing, but interesting that I only felt uncomfortable once I was in the US). People along our Mexico route were kind, helpful and practicing sanitary measures everywhere we went. I have no concerns about the return trip, in fact we want to slow it down, so we can visit some of the beautiful places we passed.

Since we arrived in Boise, we have been quarantined at the hotel where we are fortunate to have 2 rooms (with more living space than our boat by far!) I bought an instant pot and a hot water kettle so we can cook instead of eating every meal out. The weather has been beautiful and Pat has been able to commute to work. 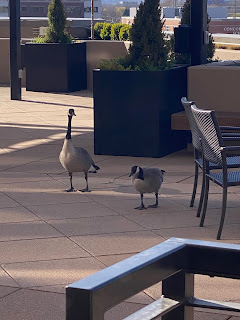 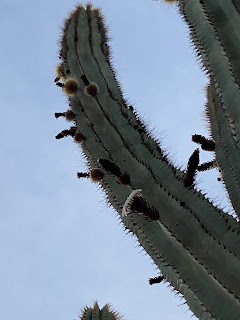 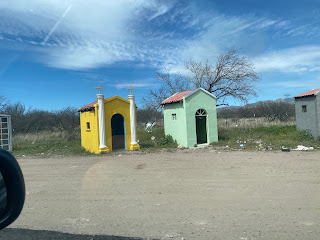 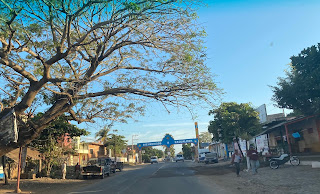 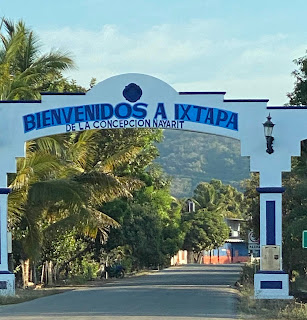 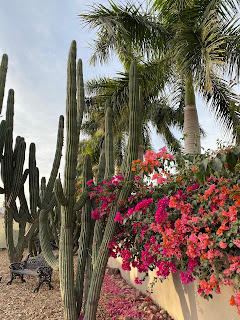 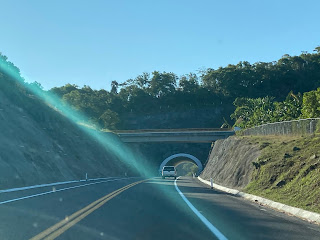 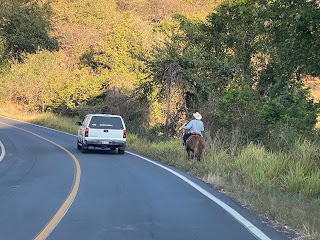 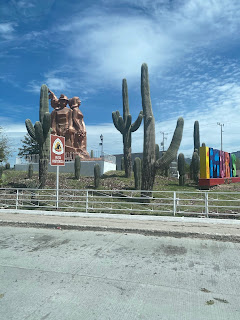 Unfinished Overpasses??
I researched why dozens of these bridges to nowhere are scattered along the highway in Mexico, but found no answer. They are overpasses that don't necessarily have roads leading up to them on either side. They usually aren't near any towns and there doesn't seem to be a reason for them. If anyone knows, please educate us! 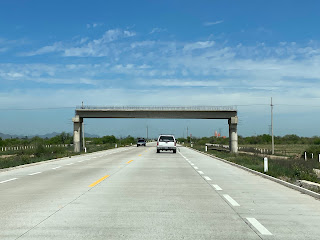 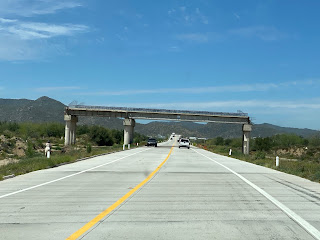 Thanks for following our journey! You can read more at www.mvnoeta.com !
Want to follow Gilligan? He's on Instagram at #gilliganthefatboatcat
Noeta is at #mvnoeta
Want to follow Noeta on Facebook? Search for us at M/v Noeta