Moving to the East Coast....by Jack

Yes, we moved to the east coast for those of you who don’t already know. We sold our last boat and got a new one. It may sound crazy because it is. This other boat is bigger and better. I even have my own room now! The room is really small compared to house standards, but it works for me.We even have a freezer that can freeze ice cream (the old one didn't always do that)!

I have had some fun on the east coast so far.  Like I learned some Shakespearean insults with Grandma Patty, which was funny.  We got to be close to family for awhile so that was nice. The wifi over here isn’t too bad, but it changes every time we move. So life hasn’t been all bad as we moved and are heading down the east coast. Our last boating “adventure” from Washington to California did not go so well  (I spent lots of it seasick). But we have new meds for seasickness, Stugeron, and those have helped a lot.

Language Arts lesson with Grandma Patty - How to insult in Shakespearean

The whole process of moving from one boat to another was very difficult. We had to pack about 100 boxes and bags in total. Then we had to move all of them into a storage container in the dark in Oakland, California. The container was shipped across country. Then we had to unpack them in the rain in Rhode Island! 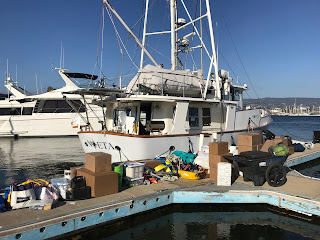 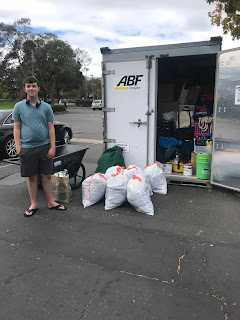 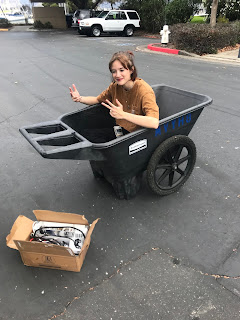 Hailey got to go for a ride 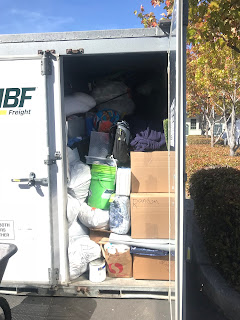 Now we are making our way down the east coast and we have already seen some pretty cool things. Eels in the water at night, the Statue of Liberty, dolphins swam with our boat, SpaceX at Cape Canaveral and sea turtles in the ocean!

I have learned to be flexible and patient as we have moved and moved again,
but it will be nice to be in one location for awhile.