Three years ago, the video I entered into the Nordhavn Film Festival was a finalist, but was not an award winner. It was the video where we introduced the terms Noodle, Noggle, and Wannanoggle to the world. While we didn't win, the words took on a life of their own. We began seeing it in social media posts, others' videos and even coming from Nordhavn brokers and owners.

To see the birth of our unique Nordhavn vocabulary, check out our first film from 2019:
Flotilla, Fever & Smack: Collective Terms in a Cruising World 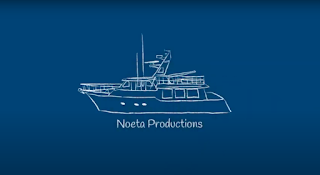 Fast forward to 2021. I was pretty sure I wasn't going to enter the film festival again. It was open to all film makers around the world and I didn't think I could compete. However, over cocktails with N55 Red Rover, Alison convinced me that we should make a movie together. So over the next 9 months, across multiple countries as they left Mexico, through Panama and back up the other side of North America, hundreds of emails and messages, and lots of Starlink gigabytes, we finally settled on a sequel to the 2019 film. It was a new set of Nordhavn vocabulary called Nordipedia.

In September, 2022 we were announced as a finalist and made plans to attend the formal film festival event in Dana Point, California. It was a glamorous evening where we got to see many of our friends from other Nordhavns, and meet new ones. 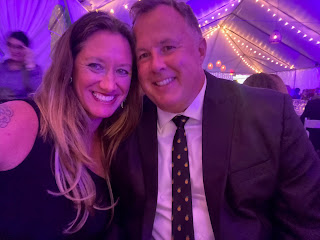 The 10 finalist videos were shown. There were excellent videos of harrowing journeys, beautiful adventures, family vacations and following dreams. The judges had chosen the finalists and the winning video in each category: cinematography, documentary, and comedy. But the people in the room, around 200 or so, voted on the grand prize 'People's Choice' award after watching all 10 films. Dan Streech opened the Best Comedy envelope and said, "Oh I like this one, I think this is gonna be popular. I like this a lot. Nordipedia." We were thrilled to be called up as the winners of the comedy trophy and $2500. 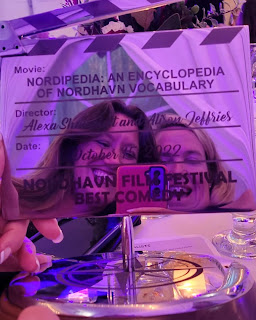 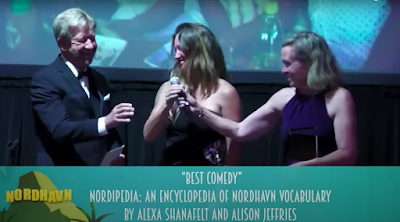 Then, after the votes were tallied, after opening the envelope for the grand prize, they called our name AGAIN! This time for the grand prize award! This trophy was giant and so was the $10,000 cardboard check they handed us. After hundreds of hours, laughs and some technical frustration, we were grateful for this recognition. 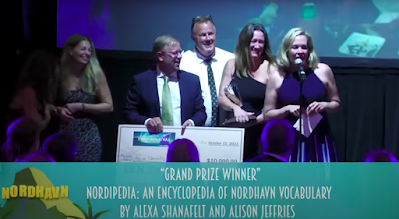 Here is our winning video:
Nordipedia: An Encyclopedia of Nordhavn Vocabulary 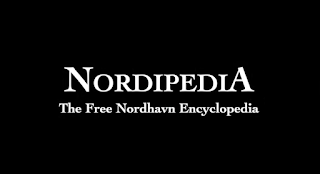 To see the all of the evening's films AND the award ceremony at the end, check out Nordhavn's video here. At 2:36:00 is Dan Streech awarding us the Best Comedy Award. And at 2:46:23 is the Grand Prize announcement and Alison and I saying thank you (Alison is much better at this than I am :)

I am grateful to Alison and Kevin on N55 Red Rover for convincing me to create a film again, for helping collect footage from over 16 Nordhavns, and for endless creative ideas. Also grateful to the 'voice behind the film', Patrick for being patient with me when I asked him, yet again, to re-record dozens of lines. And a giant thanks to all of the owners who submitted and trusted us with footage, not knowing what we were doing with it. Thank you!

You may need to help explain what these terms are, so get yourself a Noodle t-shirt or tank top here: https://www.bonfire.com/store/noeta-merch-store/ 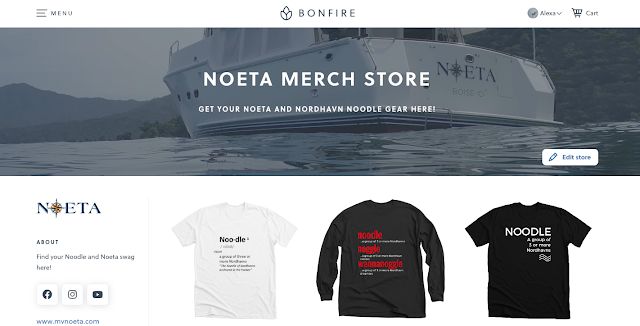 Ideas for the next Nordipedia? Let me know, we're starting a list!
www.mvnoeta.com