We often get asked, "How does the cat do on the boat?" Well, since Gilligan was just a few weeks old, he has lived on a boat, so he doesn't know any different. He used to roam around on our home dock, now we are keeping him on the boat more - worried about the crocodiles in Puerto Vallarta.

But it's amazing how we can 'lose' a large cat in a living space just 700 ft in size. A few days ago, we had pulled out the drawers in our berth to work on a tank below. When we finished, we replaced the drawers. An hour later Jack says,"I can hear Gilligan meowing, but I can't find him". We checked all of his hiddey holes - no Gilligan. Finally it occurred to me to pull out the drawers again. Yep - somehow he had managed to crawl in there and not get noticed. We have also found him: in multiple closets, under the engine, on other people's boats, under the sink, in various boxes and bags, on the anchor, in the dinghy, in the shower, in the dish cupboard - and pretty much any dark crevice or hole he can get himself into. 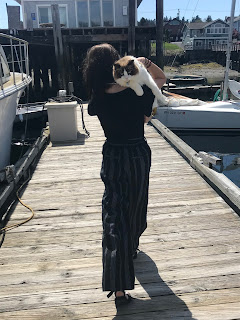 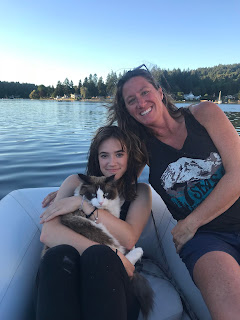 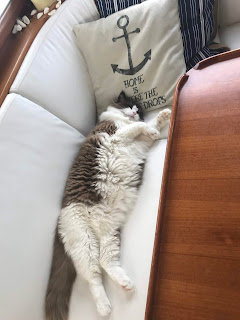 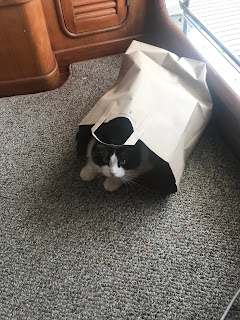 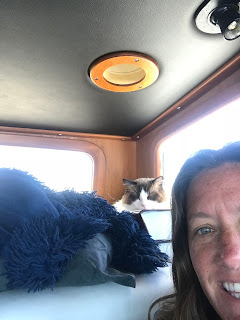 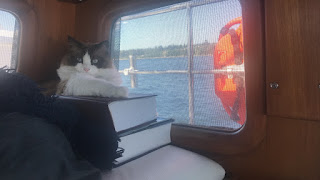 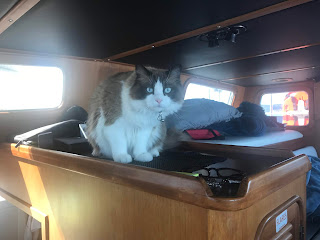 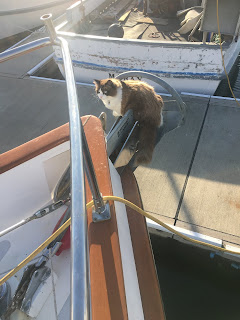 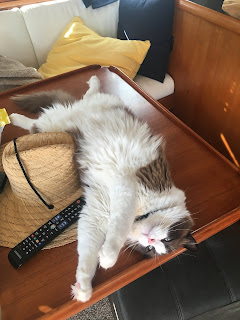 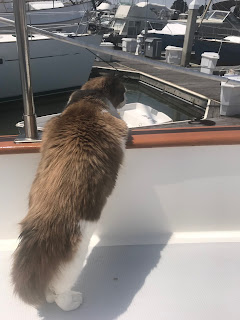 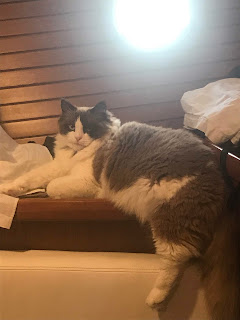 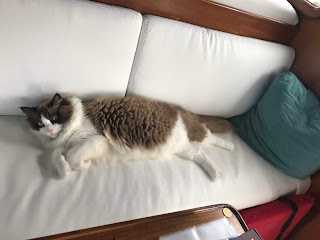 For some reason, Gilligan digs for his water...every time!

So, how does Gilligan do on the boat? Great! It wouldn't be the same without him!
Labels: Gilligan Photos Written by Alexa