Most states in Mexico observed Daylight Savings Time (DST) at 2:00 this morning, October 27th, 2019. However, there is quite a bit of confusion, because some states follow the US daylight savings observance (November 3rd this year), some states observed it today (October 27th), and others don't observe it at all! Here is a breakdown....

Baja Peninsula - The entire Baja Peninsula follows the DST schedule of the United States and was the first state to adopt that in 1942 due to its close ties to California and the US.

DST Adopted - Until 1996, the Baja Peninsula was the only state to observe DST. Then, in 1996, the Mexican government adopted DST nationwide in order to decrease energy consumption and to promote commerce and tourism with the US. However, Mexico begins  DST the first Sunday of April, and ends last Sunday of October. This doesn't coincide with the US. In the states, most states begin DST the second Sunday in March and end on the first Sunday in November (2 weeks apart). Super logical decision.

Sonora state- The state of Sonora has not observed DST since 1998 because of the non-observance of DST by its neighbor Arizona and its important economic ties with that US state. Note that in Arizona, the Navajo DO observe DST on tribal lands. Nothing confusing there!


Quintana Roo - The state of Quintana Roo (the state where you would find Cancun) had decided to not observe DST beginning in  February 1, 2015 to promote East coast tourism. Sometimes they are on EST and other times on CST.

Marias Islands - This is a small set of 3 islands in Nayarit (the state we are in now, just north or Puerto Vallarta, Jalisco). The islands are a short 62 nm into the Sea of Cortez. They do not follow DST. The only people this might have confused would be prisoners and guards since the only inhabitants were those in the federal penal colony on Maria Madre island. However this shouldn't be an issue anymore since the President of Mexico signed a declaration closing it as of February 2019. 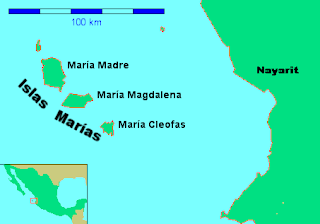 Revillagigedo Islands - Another set of islands that do not observe DST are the Revillagigedo Islands. These are a set of 4 volcanic islands in the Pacific ocean, 500 miles west of Manzanillo.  The 3 inner islands are on Mountain Time Zone and the outer island follows the Pacific time zone. Fortunately, there aren't too many people to confuse here since they are only inhabited with a small naval garrison of 9 men. 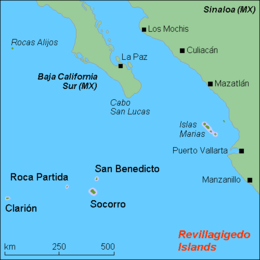 So here in Nuevo Vallarta, Nayarit, we changed our clocks this morning. Fortunately, when living on boat time, this really isn't a big deal. I just need to know what day it is - and sometimes not even that!