SAT in Micronesia Anyone?


Did you know a student can take
the SAT in thousands of locations around the world?!

Today our 17 year old, Hailey, took her SAT (Scholastic Aptitude Test) for the second time. We are currently on our Nordhavn 5020 Noeta in Banderas Bay, near Puerto Vallarta, Mexico. 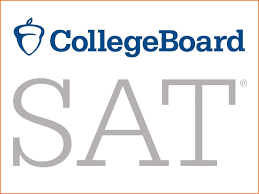 While her scores the first time she took the test in Idaho were good, she is going for a score improvement for scholarship purposes. When we were doing our cruising research years ago, we realized we would have college bound high schoolers, therefore needing to take the SAT or ACT. Most US colleges require scores from one test or the other in addition to high school transcripts (and sometimes essays and the Common App). We met with an admission counselor from the university she is interested in, and since Hailey is a boat schooler, this test is really the most important part of everything we turn in to college admissions.

If you have a college bound boatschooler or homeschooler, I highly recommend calling, emailing or visiting with the admission counselors of potential schools. Colleges are very interested in students who have unique lifestyles like ours.

The ACT is only offered in the US, US territories and Puerto Rico, so we decided to focus on the SAT. Hailey took the SAT for the first time in Idaho, but to do so, we dealt with delayed flights, an unexpected layover in Dallas and hours of extra travel. We knew it wasn't worth it to return to the states to take it a second time.

International Testing
We discovered that there are thousands of test locations around the world, and 28 of them are in Mexico! Students can test in Palau in the Micronesian islands, Honduras, Ivory Coast or Botswana! Check out the full list of locations here. Registration online is easy, similar to registering in the states, with an extra international fee that differs depending on the country. Students can even take the SAT subject tests and essay option on most test dates. Click here to see the registration process.

While the SAT is offered in the US 7 times per year, International dates are only available 4 times a year. Anyone can take the SAT in any location, with proper identification. In many countries, a Sunday test date is available if a student can't test on a Saturday for religious purposes (India is an exception). Most countries accept any form of photo ID, but a few, like Ghana, Pakistan and Nepal, mandate that a student brings a passport to test day. A few countries, like Vietnam and Singapore, do not allow students to waitlist for the test. In most countries, students can waitlist for the test if it is full when they try to register. To waitlist, you sign up, don't pay, but show up on test day. If there is room in the test center and the proctor is able to take another test-taker, a student may take the test, then be charged for taking it. 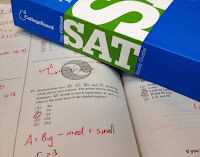 Prior to the Test
'Back in the day' when I took the SAT, I showed up on a Saturday, took the test, then a few months later I took it again to see if I could get a better score. I did well enough to get into my top choice, but there wasn't as much discussion and pressure about test scores. These days, SAT prep programs are thousands of dollars. Private tutoring is over $200 an hour and students who do prep programs spend 5-20 hours a week in the months leading up to the test, just in prep.

We opted for the personalized (and FREE!) Khan SAT prep program. Hailey took the PSAT in 9th grade then did some practice tests and read some articles before taking it for the first time. Then, once she had her scores from the first SAT, she linked her Khan account with the College Board account and Khan designed a personalized prep program based on how many hours a week she wanted to work and when her test day was. While the test is important, we didn't want it consuming her (and our boat!). So she opted to work for 30 minutes a school day for the 4 weeks between the 2 tests. By the time today's test rolled around, she was sick of prep, but felt as ready as she was going to be. Check out the College Board/Khan program here.

Khan and College Board even have a unique scholarship opportunity if you improve your scores by 100 points between tests. See more about the scholarship here.

The Day of the Test
Arriving at the test location, at The American School, was much like it was in Idaho. Students were milling around outside trying not to look anxious. In Idaho, the center was open by 7:00, phones handed over to the proctor by 7:30 and doors closed at 7:45. In Mexico, we were at the door at 7:00, we were let in at 7:30 and the proctor showed up around 7:45 (it IS Mexico after all :). Student phones were turned in just before 8:00 and testing started shortly after.

Hailey had with her 2 pencils, her passport, her printed ticket from the College Board site, an approved calculator (see list of approved devices), snacks, water and her phone. All of the students spoke excellent English, and for most it was not their first language. She said most were Mexican and that they all knew each other, so I'm guessing most attend The American School.

There were 2 English speaking proctors and around 30 students in the classroom (compared to 5 classrooms of 30 the day Hailey took it in Idaho). IDs and calculators were checked, same rules were given, same time was alotted for testing and break. She said it felt a little more laid back, (again, it is Mexico :) but otherwise it was the same as the first time she took it. She felt really prepared this time and isn't planning on taking it again.


What's Next...
We will get the results on Friday, just 2 weeks from now, and we can put this whole testing thing behind us (at least until our son Jack takes it next year). Now she's off for a massage and some celebrating!


As always, check with your child's chosen universities to see what the boatschool (homeschool) requirements are for their programs. You should also know your state's homeschool laws if you report to one, regarding standardized testing. The SAT counts as annual testing to meet the state of Washington's laws.
Labels: Written by Alexa
Location: Puerto Vallarta, Jalisco, Mexico